Hi there, my name is Cindy Womack. After being involved in theater in one capacity or another (Stage Manager,Improviser, Actor, Director and now Box Office Manager) for over twenty years, I have started a new venture.

I am adapting several of the Sherlock Holmes short stories into one act plays. As of now I am pairing the plays under loose themes so that two are presented in one performance. My hope is to workshop them before live audiences and then make them available through a script publisher for others to produce. Three of the individual stories have been completed. The first of them

"Holmes for the Holidays".

The project began as a birthday present for actor,friend and Holmesian scholar Jeffrey Heyer. We had worked together for several seasons in a rep company; performing everything from Fractured Fairy tales to Shakespeare (often all in one day) before I saw him perform as the Great Detective in the hilarious pastiche by Hugh Leonard "The Mask of Moriarty." A few years later I enjoyed his performance as Holmes in "The Final Adventure"; Steven Dietz's adaptation of

In the summer of 2012 the classic actor discussion of "what we've played, what we'd like to play" revealed that Jeffrey had yet to perform in a straight forward adaptation of the canon. We agreed that, as fun as they are, recent adaptations like the four actor "Hound of the Baskervilles" wouldn't quite count either. With his birthday coming up I decided to 'gift' him an adaptation of "The Dying Detective".  With the rights to the Sherlock Holmes stories still held in copyright in America I had no aspiration to a public performance. Perhaps a roundtable reading with some friends. 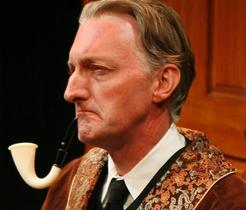 ​Jeffrey Heyer as Sherlock Holmes in

While busy schedules meant the roundtable reading had to be shelved the script did meet with his approval.

"Case of the Blue Carbuncle" I next tackled as a sort of writing exercise.

Then the news came last year that, at last, America could join the rest of the world in welcoming  Holmes and Watson into the public domain. Now the wheels started to turn; "Carbuncle" takes place at Christmas, "Detective" at the New Year. One shows Holmes at his peak powers, the other shows him desperate for help and losing control of his faculties. Both quietly celebrate Watson and Holmes' friendship. Holiday sentiment with a touch of larceny and without an overdose of treacle. Coupled with my weakness for awful puns "Holmes for the Holidays" was born. 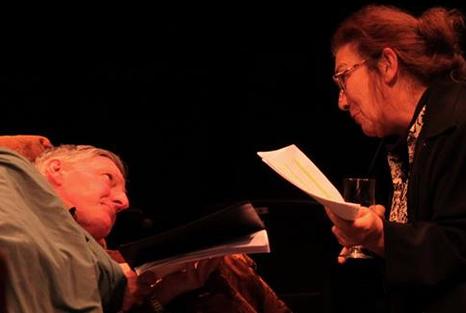 Melissa Chin Parker of Hartnell College "Holmes for the Holidays" had staged readings at Western Stage in Salinas, California and the Carl Cherry Center in Carmel, California in March of 2015.

"on their feet".  These performances were invaluable in creating ,with regard to artistic and technical choices, the best scripts possible for future producers.

And, of course, a great chance to see the actor who inspired the whole project in a role he was born to play.

"Holmes for the Holidays" this winter. Watch this space!  The Game's Afoot! 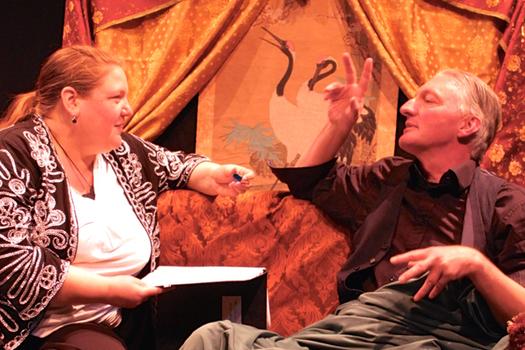 debate Brett VS Barrymore during a rehearsal break. 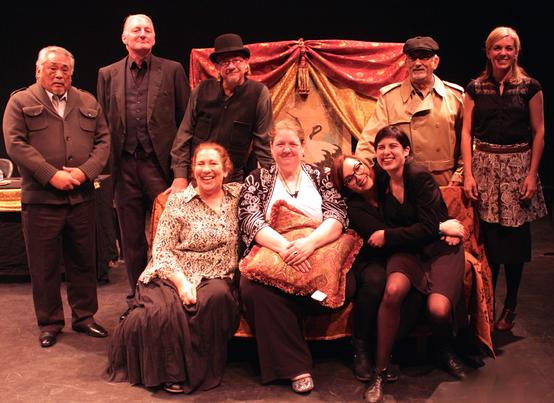 My thanks to the incredible (and incredibly patient)

"Holmes for the Holidays" cast and designers. Without they're volunteering of time and talent the script would still just be sitting on my computer.