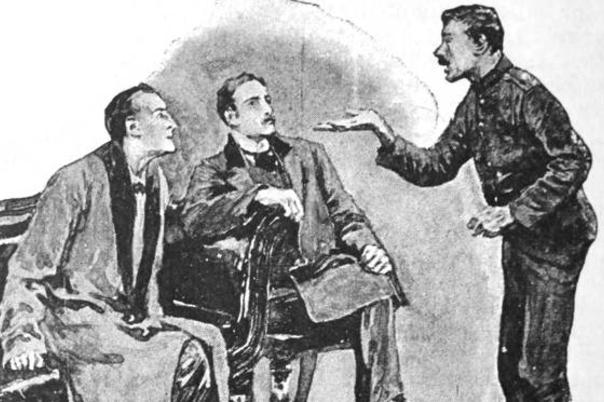 ​Holmes: (whistling): By Jove, Peterson! This is treasure trove indeed. I suppose you know what you have got.

​Peterson: A...a diamond, sir? A precious stone. It cuts into glass as though it were putty.

Watson: Not the Countess of Morcar's blue carbuncle?

"Holmes for the Holidays" features Sir Arthur Conan Doyle's "The Case of the Blue Carbuncle" and  "The Case of the Dying Detective" adapted as one act plays. The play received it's first staged reading on March 7, 2015 as part of  Western Stage's Springfest at Hartnell College.

"The Case of the Blue Carbuncle" 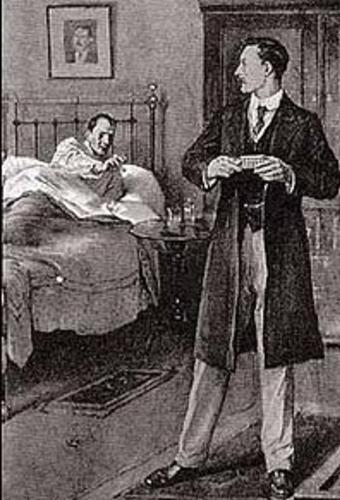 Holmes: ​ Put it down! Down, this instant, Watson--this instant, I say! I hate to have my things touched, Watson. You know that I hate it. You fidget me beyond endurance. You, a doctor--you are enough to drive a patient into an asylum!

Watson (to audience): ​Of all ruins, that of a noble mind is most deplorable.

"the case of the dying detective"

The show begins with Doyle's whimsical adventure "The Case of the Blue Carbuncle". During the Christmas holiday a war veteran hard-up for money brings a little case to Sherlock Holmes purely to help another unfortunate. Holmes' deductions trigger surprising events that will change the veteran's fortunes--and Holmes'. This play gives us Holmes at the top of his game as he and Dr. Watson comb the streets of London to free an innocent man and explain how a goose stole a gem worth a king's ransom.

A "Femme Fatale" version of the script has been created in which the poisoner is female. This change has been reflected in references to her and her background. It made for an interesting opportunity for the actress and the director and was enjoyed by the audience.

Set: Sitting room of 221 B Baker Street is the primary set with unit pieces portraying 221 Bs exterior and the Culverton Smith residence.

In stark contrast, in the second act

"Case of the Dying Detective", Dr. Watson must deal with a fatally infected Holmes. Dr. Watson races against time to homor the wishes of his desperate and failing friend to bring to 221B the one person that could save the Great Detective! The person who may also have engineered his ghastly fate!